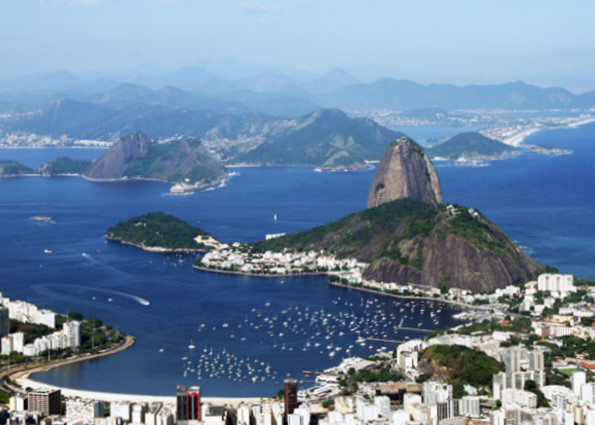 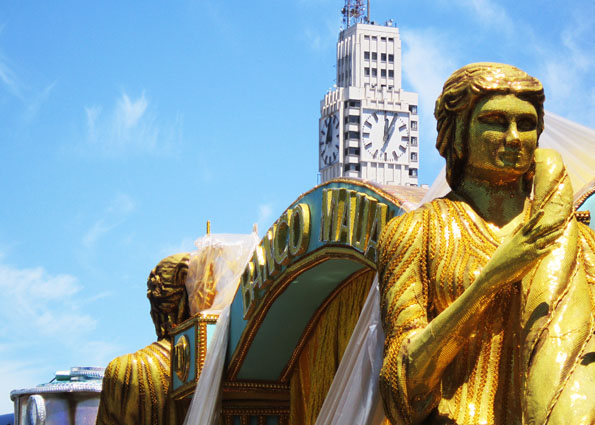 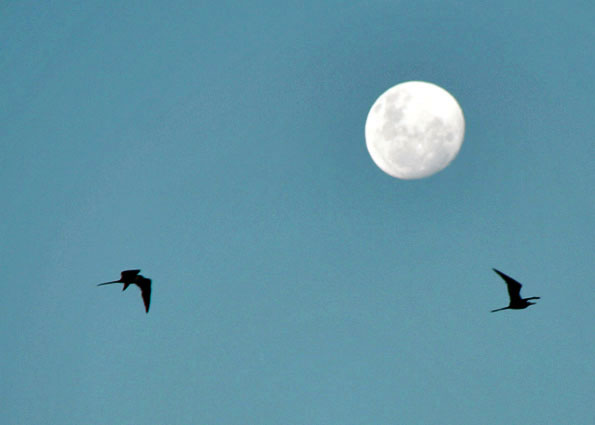 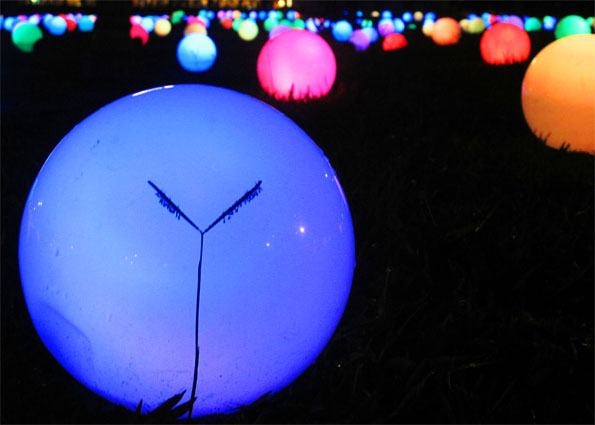 The Diabo Beach is located between the Arpoador beach and Copacabana Fortress. Its waters are rough and therefore much frequented by surfers. Nearby the beach you can find the “Girl from Ipanema” park. A stretch of beach is part of the military area of the Copacabana Fortress and has restricted access, not permitted to bathers. 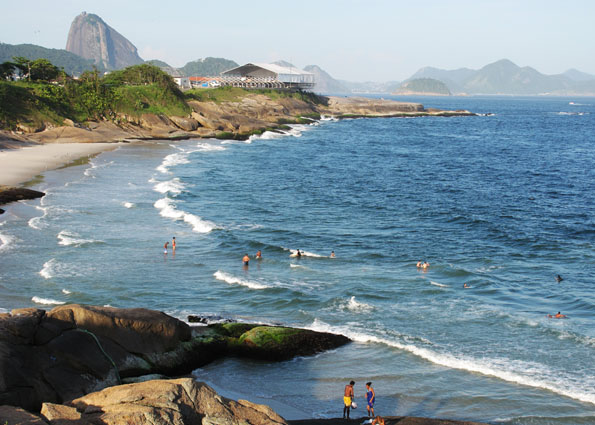 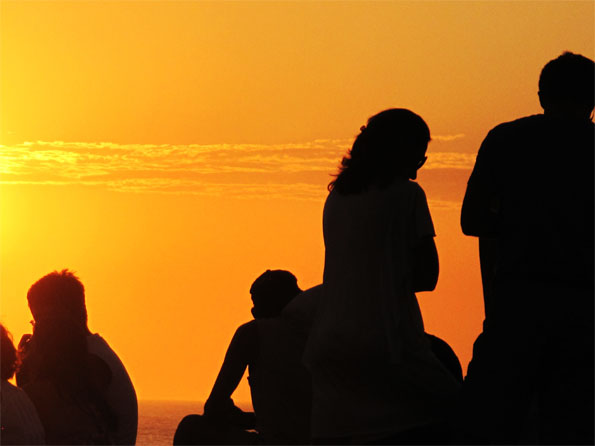 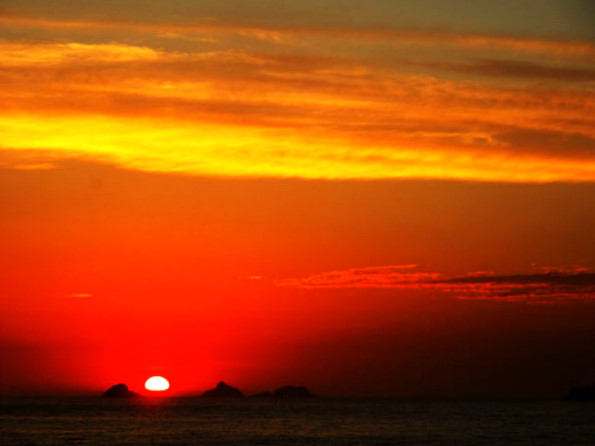 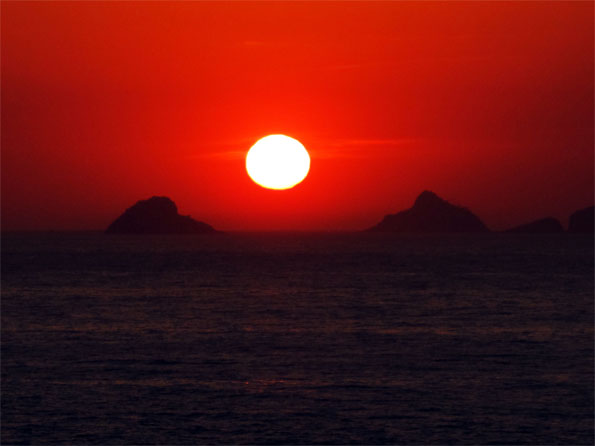 Jambos fallen on the grass in Flamengo Park. 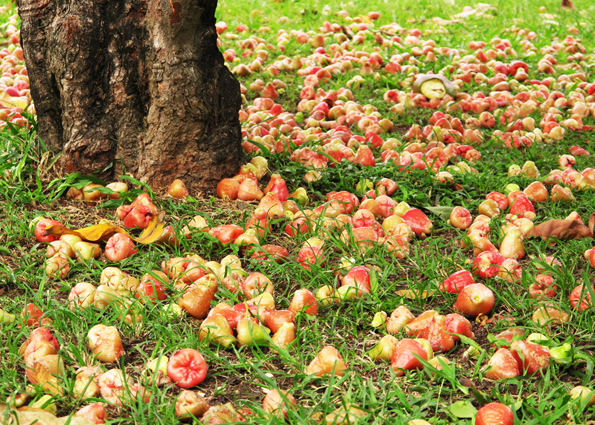 Cow Parade is an international public art exhibit that has been featured in major world cities. Fiberglass sculptures of cows are decorated by local artists, and distributed over the city centre, in public places such as train stations, important avenues, and parks. They often feature artwork and designs specific to local culture, as well as city life and other relevant themes. After the exhibition in the city, which lasts many months, the cows are auctioned off and the proceeds donated to charity. 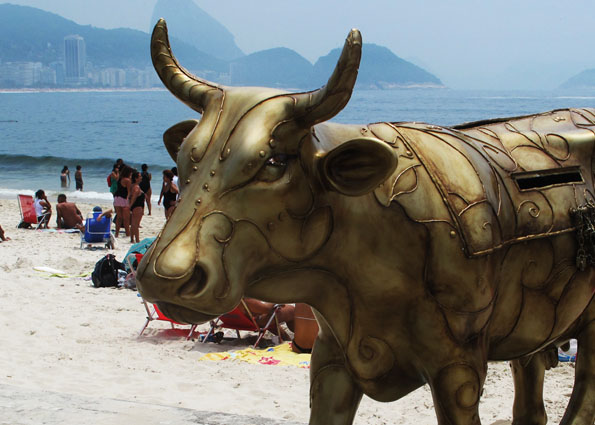 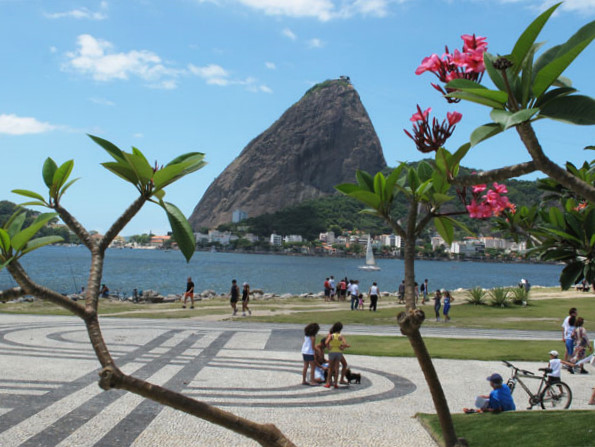 This picture was made in one of my walks in Flamengo that is one of the largest parks in the city of Rio de Janeiro. 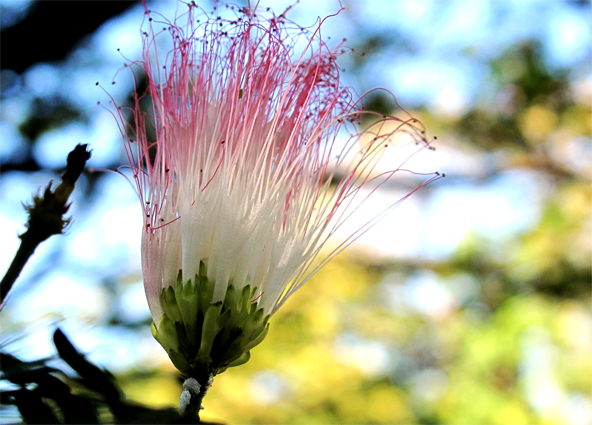 Another picture of the Christmas Tree at Rodrigo de Freitas Lagoon 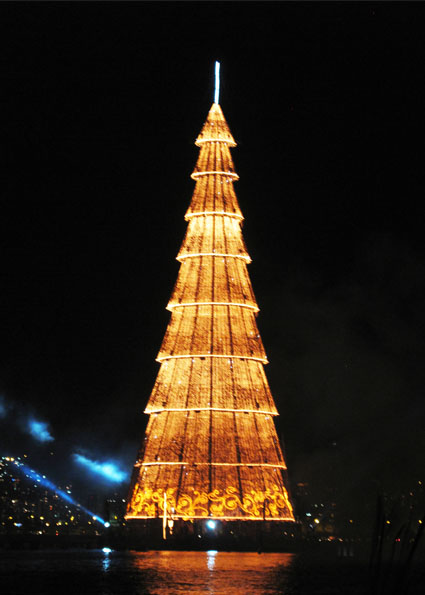 The tram goes into the heart of the district. All you have to do now is enjoy the bohemian lifestyle of Santa Teresa. On Guimarães Sqaure there is a collection of favorite restaurants and bars serving iced beer and good hors d’oeuvres. The tram tracks lead to Largo das Neves, with its lovely old houses dating from the 1850s and the 1860’s Igreja Nossa Senhora das Neves (Church of Our Lady of the Snow), as well as a series of very popular bars. After a serious accident involving one of the trams, the service was suspended and has no date to return to work. The city is working to get the service back to work soon. 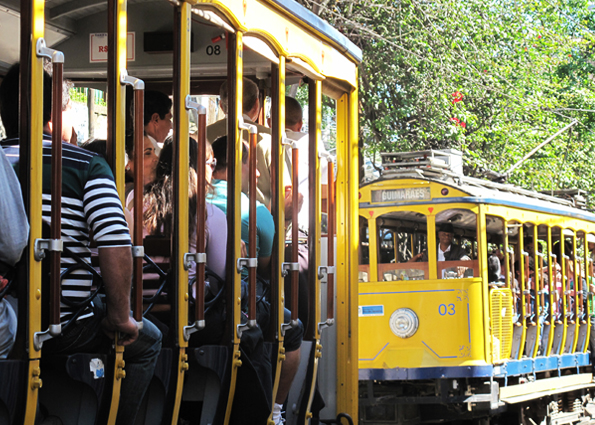 One more picture of the heron in another angle. 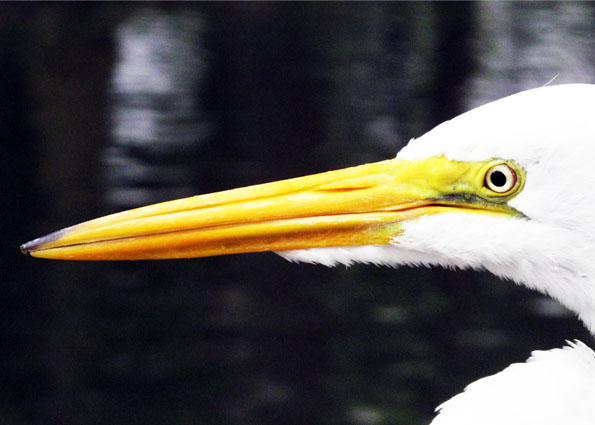 Yesterday was a cloudy Saturday in Rio de Janeiro. Strolling through the gardens of the Catete Palace I found this beautiful heron that was my model for a long time. 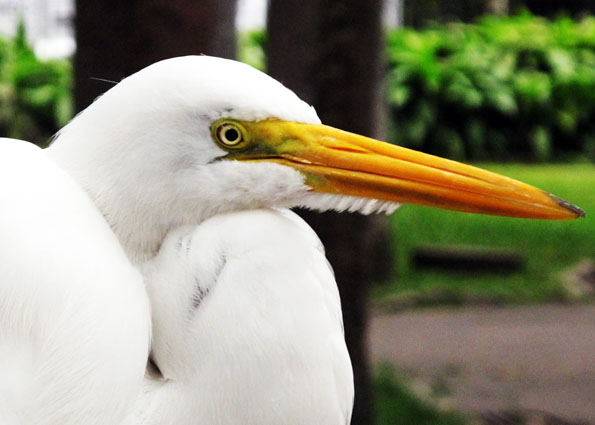 Also known as Aterro do Flamengo, the Brigadeiro Eduardo Gomes Park is the largest leisure area of Rio de Janeiro. The place has a strong sport tradition. Flamengo Park is the arrival point of marathons, besides being one of the main segments of Rio's Cycling Race. With its 1.2 million m² of lawns, flowering shrubs and trees is one of the loveliest and most important landscaping areas in the city. Running along the shoreline from the Santos Dumont Airport to Botafogo Bay, this park offers a wide array of attractions.During the 2016 Summer Olympics, the park will serve as host to athletics, and road cycling events. 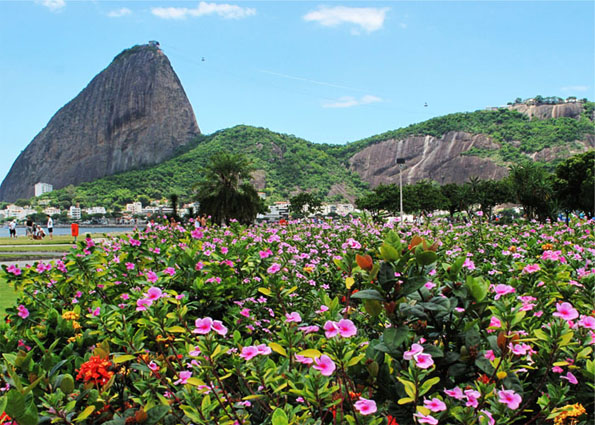 During the 2016 Summer Paralympics, the park will serve as host to track and field, marathon and road cycling events. In the background we see the Sugar Loaf is one of the main postcards of the city of Rio de Janeiro.

In the center of the square is the oldest public statue in Rio de Janeiro. Inaugurated by Dom Pedro II in 1862, Dom Pedro I honor her as a symbol of the strength of the Empire. On a horse, and surrounded by indigenous allegories, the Emperor has in hand the "Manifesto to Friendly Nations," he announced to the world the independence of Brazil. 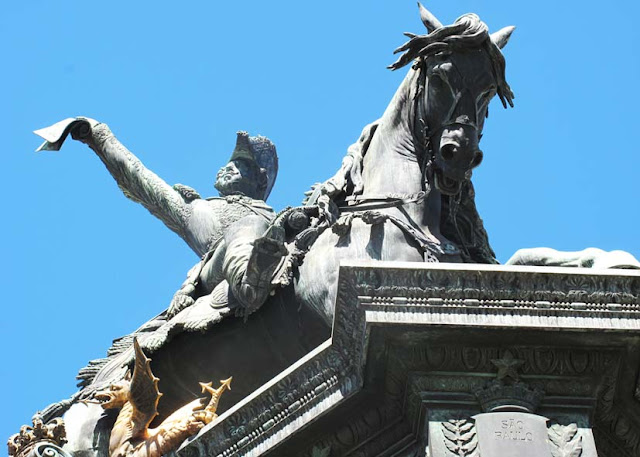 The Republic Square, also known as Campo de Santana, is situated in the center of the city of Rio de Janeiro. The name of the square is a reference to the fact be located where there was the Proclamation of the Republic of Brazil in 1889.
In area, it is possible to find several species of animals living in freedom, such as agoutis,guinea fowl, cats, ducks and peacocks. 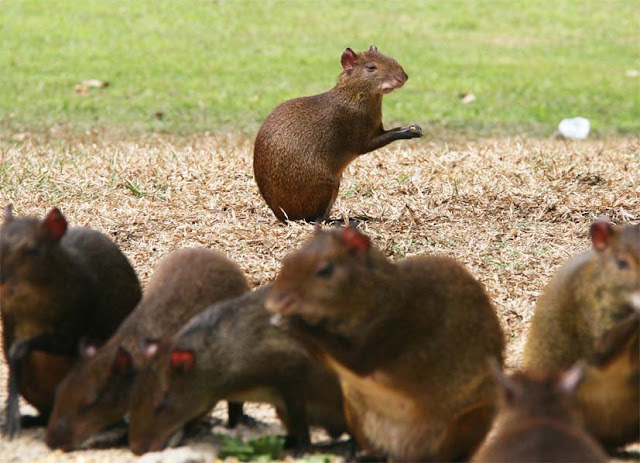 This year, the largest floating Christmas tree in the world features a unique floating gifts at its base, that resemble the gatherings on Christmas Eve. Christmas Tree once again arrives at the Rodrigo de Freitas Lagoon as a gift for the Brazilian family, toasting the joy of Christmas with a moving and huge light, fireworks and magical display. 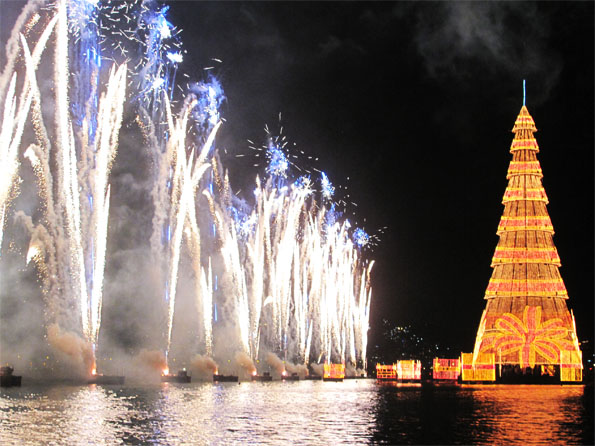